These days, posters, videos, social media posts and radio spots can be seen and heard all over Jordan, that are part of a large-scale national image campaign for the Jordanian skilled crafts sector. The logo of the Kreishandwerkerschaft Steinfurt-Warendorf (KH) can often be spotted in this campaign, because the KH played a major role in the creation of this campaign.

KH provided several experts from the fields of craft marketing, social media management and strategic public relations, who closely accompanied the Jordanian partners in creating the campaign. Together with the organization EFE Jordan and a Jordanian PR agency, the campaign was planned, materials developed and staff trained on site. The advice took place both in the form of expert missions in Jordan and - especially in times of Corona - via a continuous digital exchange. The project is funded by the Federal Ministry for Economic Cooperation and Development (BMZ). The KH works locally as a contractor for the German international cooperation agency GIZ.

The campaign intends to help improving the image of skilled crafts in Jordan and to get more young people, parents and companies interested in jobs in the skilled crafts sector. A core goal is to take action against the high rate of youth unemployment in Jordan. Jordan faces the challenge of integrating millions of refugees from Syria, Iraq and the Palestinian territories into the labor market. Here, the skilled craft sector can be an important partner.

"We are very satisfied with the results.", says Frank Tischner, KH´s CEO. “The German-Jordanian cooperation has really proven fruitful in this project, because it was possible to optimally combine knowledge of the local conditions in Jordan and the longstanding experience of KH with public relations work around the skilled crafts sector. Jan-Niclas Gesenhues, head of the International Department at KH, adds: “In addition to the great materials for the campaign, we were also able to achieve another goal with this project that is of great value in development cooperation: the Jordanian colleagues received specific training through project-based learning and thus gained important experience for their further professional path."

The implementation of the image campaign not only enjoys the highest priority at GIZ in Jordan, but is also supported by the Jordanian Ministry of Labor, as representatives of KH have repeatedly found in consultations with the ministry. In view of the good results, it is planned that the Jordanian skilled crafts campaign will continue in the years to come. 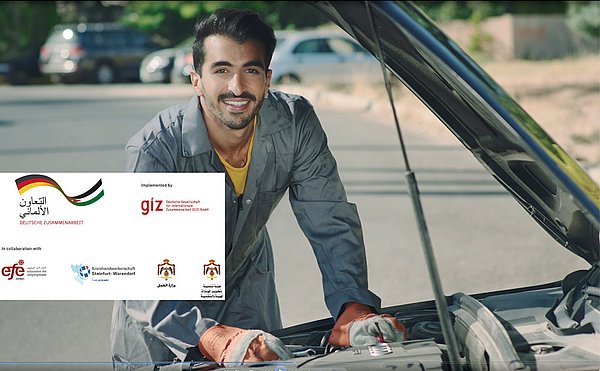 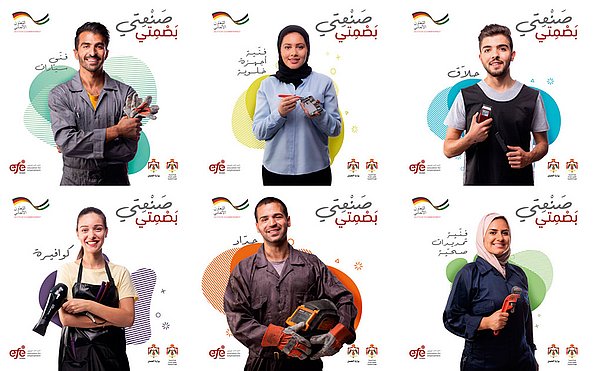